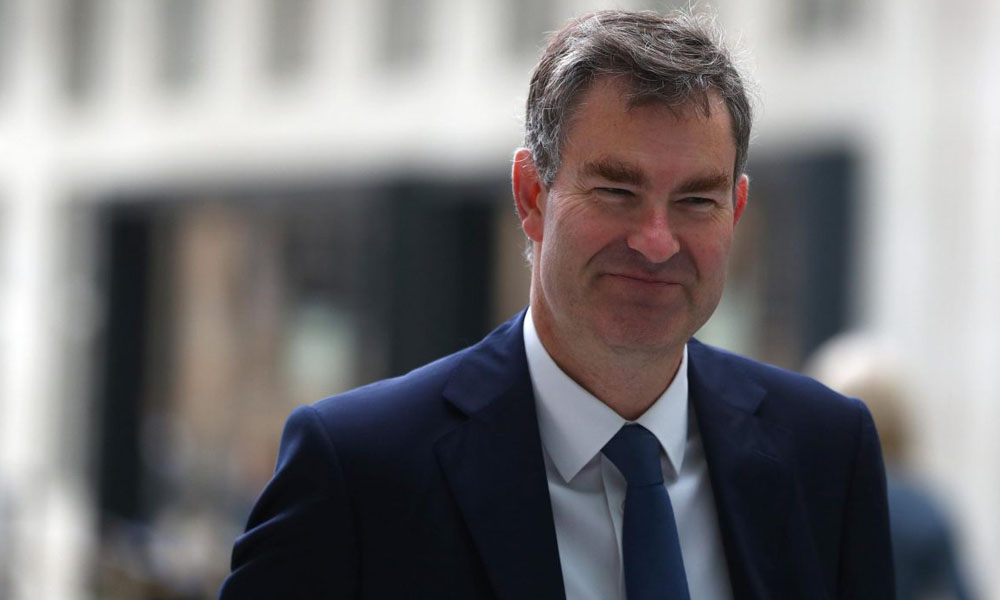 No-fault divorces would be introduced under a planned shake-up of the ‘archaic’ law governing the end of marriages, the Justice Secretary has announced.

The need for couples to separate or allege ‘fault’ would be taken away under a proposed change unveiled by Lord Chancellor David Gauke.

Spouses would also be stripped of any right to contest a divorce application made by their partner, a consultation launched on Saturday has proposed.

Mr Gauke said the current divorce laws, which have been in place for half a century, were “out of touch with modern life”.

He said: “Marriage is a hugely important institution, but when a relationship ends it cannot be right that the law creates or increases conflict between divorcing couples.

“We think that the blame game that currently exists helps nobody; it creates unnecessary antagonism and anxiety at an already trying time for couples.

“In particular where there are children involved it’s very important that we do everything to ensure that the future relationship between the divorcing couple is as harmonious as possible.”

Under the current law in England and Wales, unless people can prove there was adultery, unreasonable behaviour or desertion, the only way to obtain a divorce without their spouse’s agreement is to live apart for five years.

The case of Tini Owens, who was denied a divorce to end her ‘loveless’ 40-year marriage to Hugh Owens ‘generated broader questions’ about the law.

The proposed changes in the 12-week consultation include:

The changes would apply to heterosexual and gay marriages, and civil partnerships.

He added that any changes would require primary legislation but he would not be drawn on a timescale for its introduction.

Pressure for reform intensified after Tini Owens lost a legal battle to divorce Hugh, her husband of 40 years, in July.

She had told the Supreme Court that it was a “loveless” relationship and he had behaved unreasonably, arguing she should not reasonably be expected to stay married.

But Mr Owens denied her claims and refused to agree to a divorce, leading the court to rule against her “with reluctance”.

Lord Wilson, the judge in the case, said the “question for Parliament” was whether the law governing “entitlement to divorce” remained “satisfactory”.

In the forward to the consultation, Mr Gauke said the case had “generated broader questions about what the law requires of people going through divorce and what it achieves in practice”.

He said the current need to find fault “needlessly rakes up the past to justify the legal ending of a relationship that is no longer a beneficial and functioning one” and was not in the public interest.

Noting that almost 110,000 couples divorced last year while “constrained by a requirement in place for nearly half a century”, he added: “When a marriage has irretrievably broken down, the law should not frustrate achieving better outcomes, especially for children.”

The advent of gay marriage has also meant an update was necessary, with Mr Gauke saying that under the current system, “adultery” is only legally admissible as unreasonable behaviour if it is between a man and a woman.

Labour has also backed the introduction of no-fault divorces but shadow justice minister Richard Burgon previously urged the Government to simply change the law rather than undertaking a consultation.

Asked if there might be opposition to the plan, for example from religious groups, Mr Gauke said: “It is one of those ones where people do worry if this could be controversial.

“But I think the more I have looked at this, the more I have spoken to people with a range of views – people who could be classified as left or right, or socially conservative or socially liberal – I think there has been a growing coalition recognising that the animosity that is put into this system is one that is not doing us any good.”

Hannah Cornish, head of family law at Slater and Gordon, said there was a “desperate need” for reform.

She added: “Having to place blame can really inflame matters at what can already be a stressful and difficult time for a family.

“Removing the right to contest an application is a particularly positive step because it’s all too often used by a spouse to exert control or force their partner to stay in a deeply unhappy marriage.”